Home > Tech > >How do you refine crude cooking oil to vegetable oil?

How do you refine crude cooking oil to vegetable oil?

Cooking oil refining includes the steps of degumming, deacidification, decolorization and deodorization, which can remove the impurities, gums, soapstock, odor and pigment in the cooking oil, make the oil clear and translucent, and improve the taste of the vegetable oil. In the cooking oil refining process, depending on the type of crude cooking oil, the wax in the oil is sometimes removed, so that the refined oil will be more transparent and avoid the turbidity caused by the precipitation of wax after a period of storage. How do you refine crude cooking oil? Let’s find out together.

[ Related reading: What is the purpose of cooking oil refining? Why do we refine the cooking oil? ]

Using the hydrophilicity of colloidal impurities such as phospholipids, a certain amount of water or electrolyte dilute solution is added to the crude cooking oil while stirring, so that the colloidal impurities in the crude oil absorb water, swell, agglomerate, and separate the degumming method. In the process of hydration degumming, in addition to protein, mucus and trace metal ions combined with phospholipids, phospholipids are the main substances that can coagulate and precipitate. 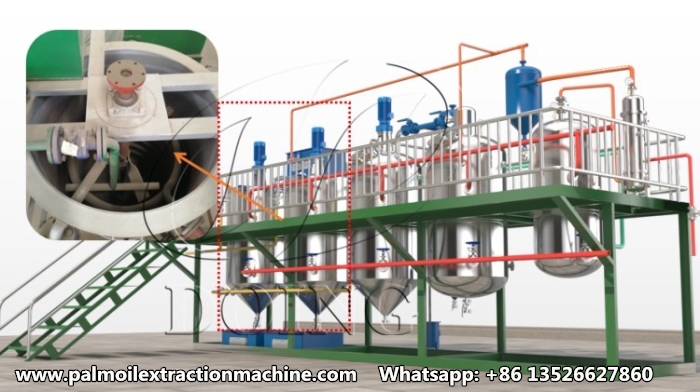 Oil adsorption decolorization is to use some substances (such as bleaching earth, activated clay, activated carbon, etc.) to have a strong selective adsorption effect on pigments, and absorb impurities such as pigments in oil under certain conditions, so as to achieve the purpose of decolorization. After the oil is treated by the adsorbent, it can not only improve the color of the oil, remove the gum, but also effectively remove some trace metal ions and some substances that can cause poisoning of the hydrogenation catalyst, so as to provide further refining (hydrogenation and deodorization) of the oil in good condition. 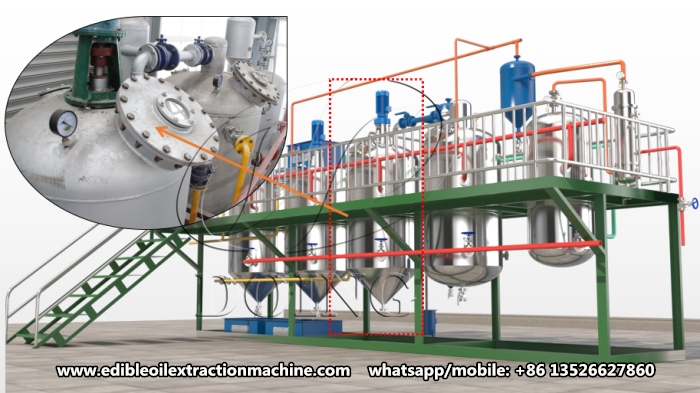 It is a process that uses the difference in volatilization of odorous substances in oils and triglycerides to remove abnormal odorous substances by steam distillation under high temperature and high vacuum. The principle of steam distillation and deodorization (also known as stripping method) is that the water vapor passes through the oil containing odorous components, the surface of the vapor and liquid contacts, the water vapor is saturated with volatile odorous components, and escapes according to its partial pressure ratio, so as to achieve the purpose of removing odor components. 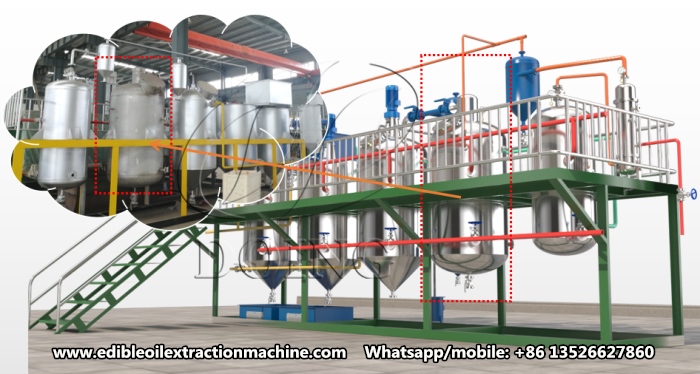 PREV：What is the purpose of cooking oil refining? Why do we refine the cooking oil?

NEXT：How can I purify crude palm oil? What is the purification process?

Leave A Message About How do you refine crude cooking oil to vegetable oil?